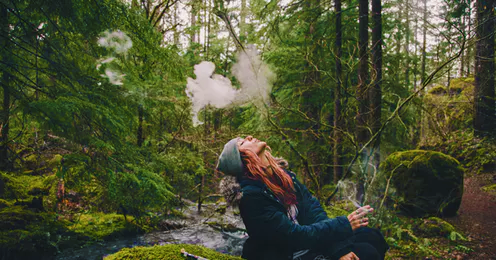 Disentangling causality where complex and confounded behaviours might be impacting on even more complex mental health outcomes is notoriously challenging, and requires tackling the question in a number of different ways to triangulate the evidence. Although observational epidemiology and experimental studies are broadly consistent in indicating a link between heavy cannabis use and risk of psychosis, an often-mentioned anomaly when considering the association is that while cannabis use has increased in some populations, the corresponding level of psychosis incidence has not.

Marta Di Forti and colleagues explored this paradox in more detail, examining detailed measures of cannabis use from 901 patients with first-episode psychosis and 1237 controls across 11 sites in Europe. Additionally, they used cannabis data from their control sample to assess the link between patterns of cannabis use in the region and data for psychosis incidence in that location taken from the EU-GEI project. Their results suggest that some of the variation in frequency of use and type of cannabis used might be implicated in differing rates of
psychosis across the different locations, going against the previously held notion.

In recent years, attention has turned to the impact of various cannabinoids on risk of poor mental health. In particular, there is some suggestion from shortterm experimental intoxication studies that ratios of Δ⁹-tetrahydrocannabinol (THC) to cannabidiol (CBD) could have an impact on risk of psychotic-like experiences, with some emerging evidence even suggesting that CBD might be anti-psychotic. Although they were unable to directly measure cannabis potency, Di Forti and colleagues created a cannabis potency variable by using self-reported type of cannabis used combined with Europe-wide data published by the European Monitoring Centre for Drugs and Drug Addiction on the concentration of THC in cannabis found in the countries under investigation. While this approach is subject to some uncertainty, as levels of
THC are not necessarily consistent within a country or even a region, and sample sizes were small, it is a novel and inventive way to account for levels of THC, and one which is likely to be more accurate than only asking participants to self-report the strength of their cannabis. Unfortunately, data for CBD were not available in most countries so could not be accounted for in this potency variable.

All study patients were diagnosed using the same ICD-10 criteria, meaning diagnoses were harmonized and therefore directly comparable across sites. The sample size was large, although when split across the 11 sites it was reduced (15–201 cases per site), meaning associations within individual sites might be underpowered. The associations seen between cannabis and psychosis were largely driven by daily cannabis
users, and particularly those daily users consuming high potency cannabis. In non-daily users, effect sizes did not differ between the cannabis potency groups, and there was no evidence of an association between lessthan-weekly cannabis use and psychosis, regardless of potency.

As well as this individual level case-control study, Di Forti and colleagues also examined the relationship between incidence rates for psychotic disorder across 11 of the different study sites, and cannabis use patterns in the control group sampled for their case-control study. They found that for almost every site assessed in the study, prevalence of daily cannabis use in the controls, or prevalence of high potency cannabis use, was correlated with incidence rates for psychosis in the location in question, although cannabis use sample sizes were very small (37–302 controls per site).

Does this mean we can now be sure that (daily and high potency) cannabis use causes psychosis? Unfortunately, not all the evidence utilizing different methods is consistent about causality. For example, studies using genetic data have found evidence possibly consistent with shared genetic aetiology between risk of psychosis and likelihood to use cannabis. Di Forti and colleagues’ study asks participants about their cannabis
use prior to their first episode psychosis diagnosis, but it is possible that subclinical symptoms might have existed prior to cannabis initiation, meaning that associations in the opposite direction cannot be ruled out.

It is perfectly possible that the association between cannabis and psychosis is bidirectional, as suggested by other work using genetic variables as proxies for the exposures of interest in a Mendelian randomisation design.7,8 Di Forti and colleagues’ study adds a new and
novel study design to the evidence available, which consistently indicates that for some individuals there is an increased risk of psychosis resulting from daily use of high potency cannabis. Given the changing legal status of cannabis across the world, and the associated
potential for an increase in use, the next priority is to identify which individuals are at risk from daily potent cannabis use, and to develop educational strategies and interventions to mitigate this.

Across cultures, family members often play important and even critical roles in the lives of adults who suffer from depression and other chronic mental health conditions. These roles could be even more pronounced in low-income and middle-income countries (LMIC), where cultural values and norms might more strongly encourage family involvement and family is often the de facto provider of mental health care when mental health services are scarce. International guidelines and recommendations have attempted to draw attention to the evidence base supporting the need for family involvement. Despite compelling reasons for adapting evidence-based treatments for adults to include families
in LMIC, the topic has received surprisingly little attention in the literature about global mental health services and implementation, with with the exception of a few studies that have involved family in the treatment of patients with psychotic disorders, substance abuse, and dementia. A review of community and home-based interventions for people with neuropsychiatric disorders in LMIC showed that fewer than 10% of the interventions involved family members.

This gap is an important missed opportunity. A substantial body of literature, comprised predominantly of observational work in both the social sciences and the medical field, describes the roles of family members involved in the lives of persons living mental illness, which include providing practical support for illness management and treatment adherence in the home, influencing care-seeking pathways, and accompaniment and support during clinic visits and inpatient psychiatric hospitalisations. Family caregiving also has important
moral and emotional dimensions with potential to both affirm and ameliorate suffering.