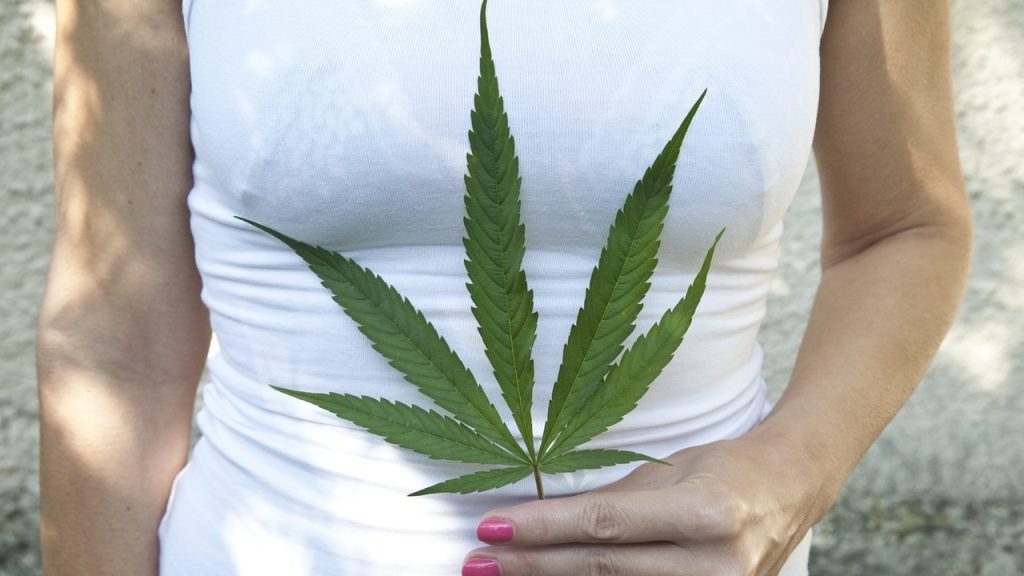 Medical Marijuana is legal in 29 states with qualifying conditions ranging from Cancer, Epilepsy, Chronic Pain, IBS, MS, ALS, etc. Medical Marijuana is defined as cannabis used for medicinal sage, typically high in CBD or Cannabidiol a component of Marijuana that is effective in treating symptoms of the above listed conditions.

As the program expands in NY since 2014, and enrolled patients has surpassed 55,000; additional side effects are being discovered through usage of cannabis including effects on Women’s Menstrual Cycles causing irregularities in a woman’s “normal” cycle. In some cases prolonging time frames before the next cycle, in others causing consistent spotting.

Analysis of our patient base their symptoms, dosages, self-reported cycles and existing physiological studies of Cannabis’ mechanism of action has led to the following hypothesis’ as to why this side effect exists.

CB1 Receptor: The cannabinoid type 1 receptor abbreviated as CB1 is a cannabinoid receptor located in the central and peripheral nervous system. It is activated by plant cannabinoids, such as the compounds THC and CBD.

Hypothalamus: Part of the brain below the thalamus that coordinates both the autonomic nervous system and the activity of the pituitary, controlling body temperature, thirst, hunger, and other homeostatic systems, and involved in sleep and emotional activity.

As per our research, CBD activates hypothalamic CB1 Receptors, in turn activating the HPA(hypothalamic–pituitary–adrenal axis). When the HPA is activated it has a reciprocal relationship with the HGA(hypothalamic–pituitary–gonadal axis) through the Hypophyseal portal system, causing alterations similar to those to stress; resulting in LH, and FSH productions being reduced. Hormones critical to a woman’s cycle. These reduced productions cause hormone production alterations, the LH reducing testosterone product, FSH delaying estrogen production, both together altering progesterone production.

Upon these hormonal reductions, women’s menstrual cycles which depend on hormone pulses can, and often are altered as the timing of the traditional estrogen/progesterone “peak” is changed thus resulting in a woman’s ovulation being delayed.

At this time we are not sure if this is a permanent change, or if upon removal of CBD women’s cycles return to pre-medicated conditions- though we assume the latter to be most likely. We are also uncertain how birth control further alters this as birth control regulates women’s cycles by using set daily doses of estrogen and progestin.

Until further studies are done, we encourage women using CBD & birth control to use secondary forms of contraception to be safe, being we are unsure of the full scale of alterations.